Dylan Scott comes to Van Buren on Saturday 1st October 2022 as part of his “Amen to That tour.” Supporting Scott will be two other artists; Lily Rose and Erin Kinsey. They will play on selected tour dates. The Country hitmaker will begin his tour on 28th September in L.A’s Belasco Theatre, and this will be his second performance on the road. The 13-date tour will see Scott play at some iconic destinations such as Pittsburgh, Albany, Oxford, Milwaukee and others. The tour supports Scott’s latest track set, which came out on 24th June. It is expected that there will be additional dates added later, but you should get your tickets while they are still available! Hurry up, buy your tickets ASAP and catch Dylan Scott performing live at Van Buren on 1st October 2022. 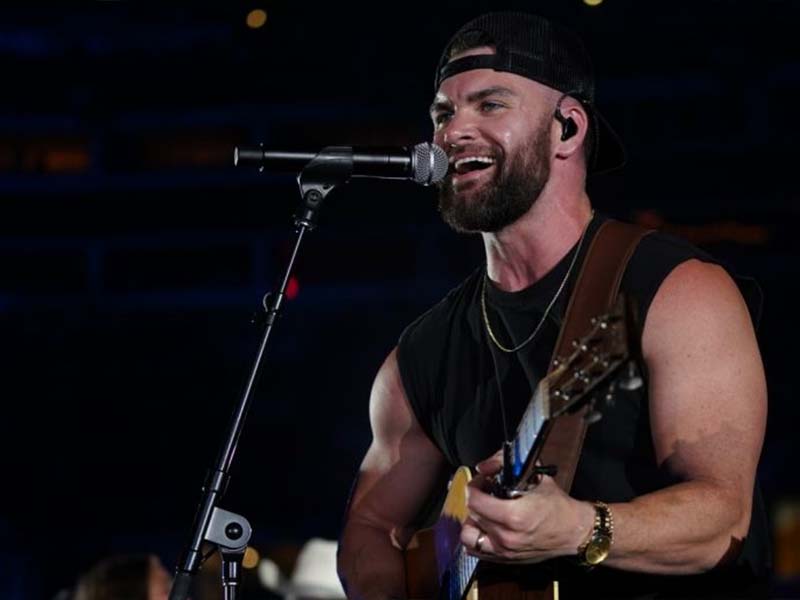 Fans are excited because Dylan Scott is bringing new music to them on this upcoming tour. His highly anticipated latest record, Livin’My Best Life, has been a massive hit since its release. The anthem, “New Truck,” has been the hot favorite, and fans will definitely demand a performance or two when Scott takes the stage at Van Buren on 1st October. His track “Can’t Have Mine (Find You a Girl)” also went viral on TikTok, which is a pretty big thing in the modern-day era of music. The 31-year-old is a multi-platinum singer with worldwide recognition and several chart-topping hits that he has released throughout his career.
Dylan Scott’s latest project is produced by some of the industry's biggest names, and the artist co-wrote half the songs on the album. Scott is one of the best live performers in the country music scene and his fans are always excited about his concerts. He delivers a truly breathtaking experience and brings great energy to the stage. He is expected to put up a stellar performance to a sold-out Van Buren on 1st October 2022. If you’re looking to attend the concert, make sure you get your tickets right now before they are sold out!